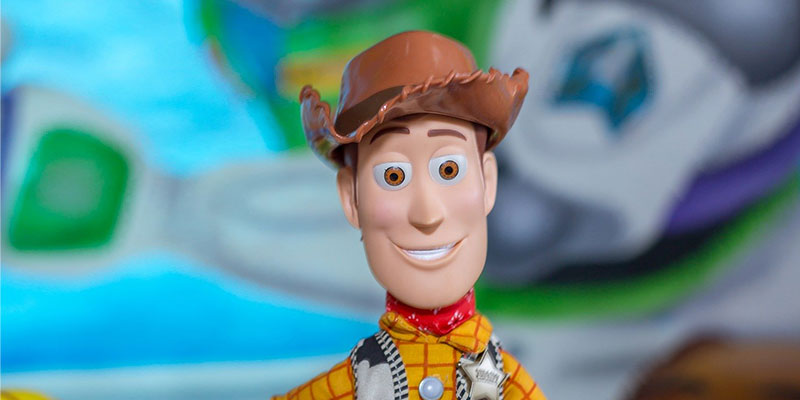 It’s one of many success stories of Pixar. This year say a new sequel – Toy Story 4.

But did you know that one of them, Toy Story 2, got actually deleted?

There are stories from Oren Jacob, former Chief Technology Officer at Pixar, and at that time a technical director, when he was telling how suddenly they discovered that the film was being suddenly deleted from the company’s servers. It happened after an error command was executed. This was erasing two months of work that was spent on the film.

As was explained by the man himself, a big part of the film was really deleted. However, fortunately for the team a big part of it was later recovered by the Pixar staff.

There was a video on youtube when Oren Jacob tells the story but it has now been deleted and it’s not available anymore.

Another interesting thing that happened on the same film is that the film itself was actually entirely removed, this time by the film makers and not by a computer glitch. And the entire film was remade. This shows a dedication of Pixar to create the best films and their dedication to a quality of their work.

When the files for the film got deleted, when they were inspecting what happened and if there was anything left, they found, a few hours later, that the location of the film was only 10% of the original size. They lost 90% of the film.

Of course, things like that happen from time to time. There was a similiar situation when Pixar worked on “A Bug’s Life” and at some point all the ants got deleted and had to be recreated but of course they had a backup. And, in this case, they had a backup of course. In these days, backups were done on tapes. This was 1998. And Pixar was using tapes for backup. The challenge they had was that at that time backups were not tested all the time as the company does nowadays.

In those times, the tapes were holding of a maximum of 4GB (still a lot for 1998) and the entire film was “only” about 10GB in size. Not a lot in todays standards, especially when you consider the amount of work and textures involved in the project. So they started working on the backups restoring the film and after a few days they had what seemed the whole film. As they continued working on the film, they started realising that they had some parts of the shots incomplete (probably caused the error). That’s when they realised that something was not right. They spent more than a week now restoring the film from backups and something was wrong .

It looked like they did lost most of the work they’ve done on the film and they would have to work on pretty much entire film from scratch.

Then, suddenly, a light in the tunnel appeared. Films Supervising Technical Director, Galyn Susman, came to the rescue. Recently, after giving birth, she was working from home and she had a machine back at her home, which had the files on it. Yes, they were from two weeks earlier but the files were there, and as she wasn’t working on the network but at home, her files became a real life saver for Pixar.

When they brought the machine from her home to Pixar studio and booted it, they found verified 70,000 files with remaining 30,000 to be verified manually. And they made it work working for the next few days non-stop and over the weeked. There were still missing some files but they somehow made it all work.

And from then on, the team would make sure that they would do proper backups and something like this would never happen again. What a story.