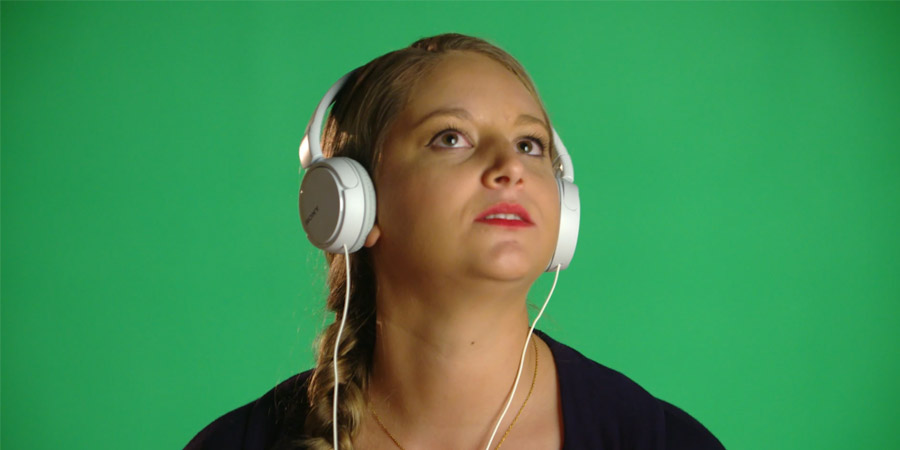 Green Screen filming/removal has quite a few names, with “keying” being the most popular. Keying is used to blend foreground with background using background from a different video. The foreground video would usually be shot on green or blue screen. Hence the name green screen.

It is typically used in film/tv production to reduce the cost of building sets (and to make it faster in post). It’s also a very cost effective way of shooting video in a studio and making it look as if it was shot in some exotic locations (which would be very expensive to move equipment and actors across the globe).

Everything is digital nowadays so there is no need for storing footage on tapes. And multiple shots of the same scene has easily be done and then put together in post-production in software like Adobe Premiere Pro or Final Cut Pro or Avid Media Composer.

It seems that a blue screen (which seems to have originated first, before the green screen) appeared in cinematography as early as in the ’40s in the last century. One of the first films being shot on blue screen was “The thief of Baghdad” by Larry Butler. He even won a special effects award for this film.

Nowadays, there are numerous example of using green screen, from films to tv productions to weather forecasts and much more. Thanks to green screen, many films could actually be produced which would normally be impossible, like for example “The Martian” or “Star Wars” (at least parts whcih happen in outer space or on Mars).

As mentioned earlier, quite often it would be a blue screen instead of a green one. Blue screen used to be more popular early on but it became mostly replaced by the green screen in 1970s for newscasts by British and American television networks.

Many films make a heavy use of green screen (or blue like below) for computer generated backgrounds to be added later (CGI).