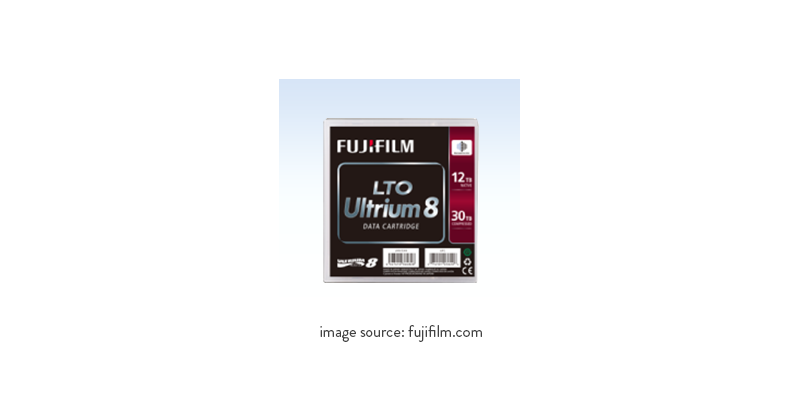 When we think about storing data nowadays, tape media is probably the last thing you would think about.

I mean everyone’s gone digital, right? We as consumers have definitely gone digital but not as much when it comes to archiving data.

However, tape data is what is being used for data storage. It’s a critical component when it comes to data storage. And as there is increase in data storage demand, companies are looking for ways to increase storage data amounts that can be stored on certain storage devices/media like tape media.

And Fujifilm may have cracked a new way of storing loads of data on tape media – 400TB to be precise. Now, that’s a huge leaf because at the moment tape-based storage media can only store a maximum of 12TB. And, there are only two companies working on tape media, Fujifilm being one of them, and Sony being the other.

And that’s the 12TB one. Next year, we should be able to see a new generation being able to store double of that – 24TB. Now, that’s quite an achievement.

However, Fujifilm are saying that they’re developing a new technology being able to store up to 400TB! This can be achieved by Fujifilm thanks to them using a new coating on tapes. Thanks to this new coating what they have managed already, a few years back, was a 220TB tape. And they claim they could do better than that. They believe they could further increase the capacity of the tape up to 400TB.

We won’t see these tapes any time soon though. Fujifilm are aiming to produce these tapes within the next 7 years.