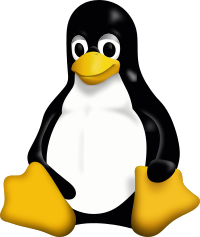 As the new year begins, I thought I would share with you some information on an amazing operating system that is Linux.

As you have been reading my blog, you have noticed my passion for Adobe technologies, but also for Open-Source software.

Those of you who know me from my Adobe Certified Courses, know that I’m very passionate for Linux and that I use it on a daily basis.

I only use Windows for Adobe software.

And even though Linux is an amazing operating system, so many people have never heard of it and use Windows despite its instability and growing number of viruses.

Let me share with you some information about Linux and if you want to find out more, check my Linux book:

Linux has many advantages over Windows and Mac OS X with the most obvious one that Linux is Free. You can install Linux on as many computers as you want without spending a penny. Not so with Windows or Mac OS.

Linux is also very secure like UNIX OS. Linux makes it impossible for malware to spread like it often does on Windows. There are no real viruses for Linux.

Still not convinced? Linux is much more customisable than Windows or Mac OS. If you don’t like something about your Windows or Mac OS, you’re stuck with it. Not so with Linux, with its flexibility and a number of Linux distributions (literally hundreds of them). There is only one Windows 7 or 8, or Mac OS 10.7 or 10.6, but there are hundreds of Linux distributions (if not thousands already). And each distribution uses its own selection of components. They all build on the same Linux kernel, but they are different. And that’s amazing about Linux because you can find the distribution you love, and if you don’t like it for any reason, you can install a different one!

Among differences between different Linux distributions is the way the operating system is being installed. Some distributions keep everything as simple as possible detecting hardware and installing software, while others will give you more control. Linux distributions are also different when it comes to drivers which are included and hardware that is supported. However, in all these years that I have used Linux, for me all my hardware on all the computers I had in the last 11 years has worked. I’m saying this because quite often people are afraid that their printer or wireless card may not work when they move away from Windows to Linux.